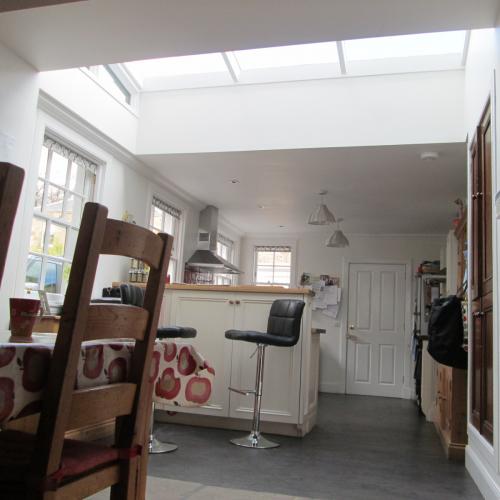 There were 2 distinct parts to this project: alterations at ground floor level and alterations at roof level. Unusually at Park Road, many of the buildings, such as this one, are orientated away from the road and the access. Access to the house was through the kitchen which was located within the extension towards the rear. We brought a new access into the hallway beneath the landing of the stair and we also provided a separate dedicated entrance to the kitchen. A large structural opening was formed between the kitchen and the main house which in turn enabled a large rooflight to be installed bringing light into the heart of the house and tying the spaces together. At roof level a large bedroom and a shower room were formed.